In the early years, it was hard to organize a Malayalee Pentecostal gathering, because very few Malayalee were settled in the North West part of America. The believers who were here attended English services and worshipped the Lord. As the years went by, an increasing number of Malaylees migrated to Washington. When these newcomers arrived in the city, there was a strong desire in their hearts to worship the Lord in the way they had known.

We remember in the 1980’s, we only had a handful of believers to meet together for worship, which only happened for a time being. In 1990, believers in Seattle decided to hold monthly meetings on Saturday evenings that continued for some time. But there still remained a longing to have a worship service on the first day of the week, as our forefathers practiced. When these feelings were shared with the fellow brothers and sisters, they showed strong support. So, the believers came together and decided to name the organization India Full Gospel Fellowship (IFGF).

By God’s grace, the first Sunday worship service was conducted on March 19th, 1995 at 6 P.M. It became a registered organization on the 3rd of April, 1995. In the twenty four years as an organization so far, the servants of God who have Pastored the church were Pr. P.L Mathew, Pr. C.T. Cherian, Pr. Abraham Varghese, Pr. John Varghese, Pr. Mathew, Pr. Thomas Philip, Pr. M.A. Varughese and Pr. Noble Samuel. Since August 2006, we have been conducting services on Sunday Morning.

In October 2013 by the generous support and prayers of many, God has helped us to buy a church building in the Heart of Seattle (Downtown). As we look back at the years that have passed, we can see how the Lord has been good to us. People from many different walks of life and denominational backgrounds have attended the church. People were committing to serve the Lord, many received water baptism, and many of them were filled with the Holy Spirit. As we continue to serve the Lord, let all the glory and honor go to our Lord and Savior Jesus Christ. 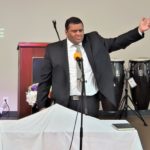